SEC proving to be a preferred destination for transfers 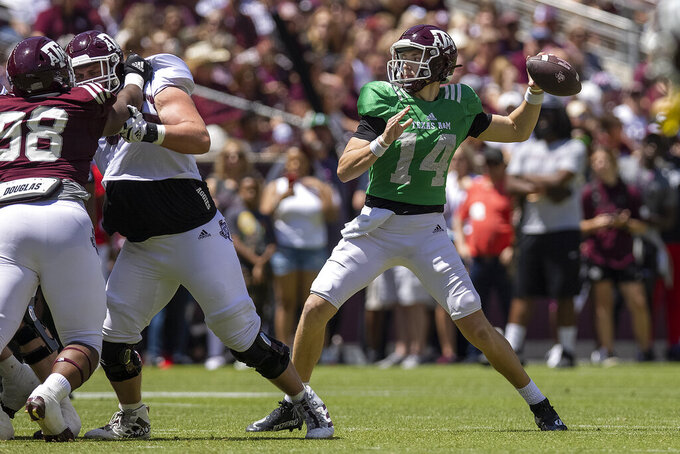 Quarterback Jaxson Dart didn't know exactly where he wanted to go upon deciding to leave USC, just that the Southeastern Conference was a preferred destination.

Dart wound up landing at Mississippi and in the SEC, along with a number of other top players in the transfer portal. In some cases, such as Alabama, the rich got richer. Other teams may have picked up a new starting quarterback, runner, pass rusher or receiver.

“I knew when I was going into the portal, I wanted to go to the SEC,” Dart said earlier this spring. "So those were some of my main schools.

“Because it gets you developed to play in the NFL. I feel like if you can be successful in the SEC, then it's an easier transition to the NFL.”

First, the SEC swept the top three spots in the recruiting rankings, according to 247Sports. Then, the league that had Georgia and Alabama in the national championship game added to those prospects with a number of transfer portal pickups who could have huge impacts this fall.

Ole Miss and LSU appeared to be two of the big winners nationally in the portal lottery, while national champion Georgia may not have needed much additional reinforcements and didn't sign a transfer.

Other SEC teams weren't quite so well-stocked across the board.

— Lane Kiffin and the Rebels mined the portal for a potential starting backfield, edge rushers and players such as ex-USC tight end and Dart's close friend Michael Trigg. “He texted me right away and was like, ‘Hey bro, I’m going where you're going,'” Dart said.

Dart is a former Gatorade National player of the year who played in six games as a Trojans freshman after suffering a knee injury in his debut. He and Luke Altmyer are competing to replace potential NFL first-round pick Matt Corral.

Tailbacks Zach Evans (TCU) and Ulysses Bentley (SMU) could be key for a team replacing its top three running backs.

Said Rattler: “I’ve definitely learned the majority of the offense. Still settling into a few things with it being a brand new system, but for me, I’m really comfortable right now. I’m more comfortable under center with the passing game."

— Arkansas built on the momentum of a 9-4 season with a strong group of transfers. The group includes linebacker Drew Sanders, a former five-star prospect who spent his first two seasons at Alabama and started three games in 2021. Cornerback Dwight McGlothern and edge rusher Landon Jackson came on board from LSU while ex-Oklahoma wide receiver Jadon Haselwood is among those trying to help fill the void left by Treylon Burks.

On the flip side, the SEC team hit hardest by the portal was Auburn, which had 15 players enter it while the Tigers signed five.

New LSU coach Brian Kelly lost and gained some key players via the portal. Daniels is jockeying for position on the depth chart with Myles Brennan, Garrett Nussmeier and freshman Walker Howard.

The spring game didn't settle much in that regard.

“We didn't clear up anything in the quarterback." Kelly said. ”We probably made it even more difficult."