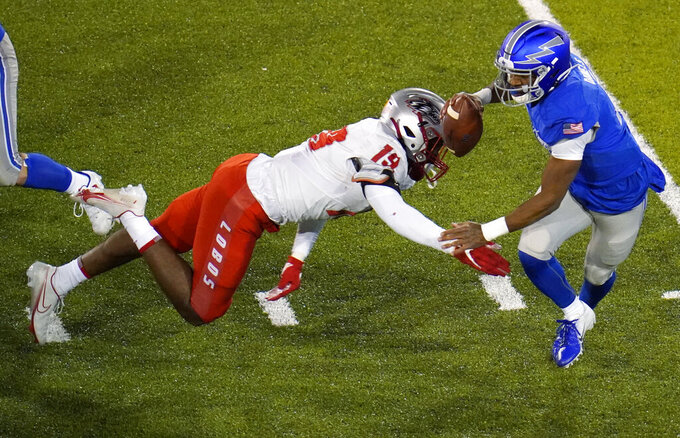 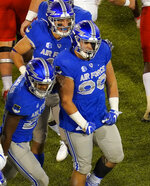 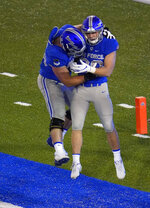 Air Force scored a touchdown on its first three possession of the game while New Mexico punted on three of its first four — along with a fumble. The Falcons fumbled it on three straight drives in the second half, but New Mexico followed each with a missed field goal.

Roberts, in his second game with Air Force, had scoring runs of 5, 12 and 44 yards. Daniels scored from the 4, and also completed 4-of-5 passes for 66 yards.

Air Force (2-2, 1-2 Mountain West) secured its first shutout in a conference game since the 2011 season — also against New Mexico.