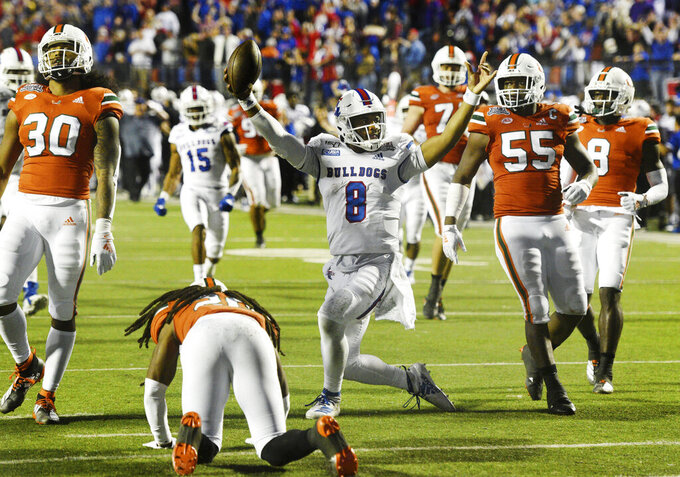 On Thursday, he was rewarded when Purdue coach Jeff Brohm announced Diaco would be the Boilermakers new defensive coordinator.

“We’re very excited to bring Bob to Purdue,” Brohm said. “He is one of the most well-respected defensive coaches in the country and has proven throughout his career to be an innovator on that side of the ball.”

Diaco's resume is filled with experience.

In 2012, while serving as Notre Dame's defensive coordinator, he was named the Broyles Award winner as the nation's top assistant coach. In 2014, he took his first head coaching job at Connecticut, leading the Huskies to a bowl game in their second season. But when UConn struggled in his third season, Diaco was fired with a record of 11-26.

He wound up landing at Nebraska as the defensive coordinator in 2017 before heading to Oklahoma in 2018 and then to Louisiana Tech, which posted the first shutout in the 44-year history of the Independence Bowl.

Diaco replaces Nick Holt, who followed Brohm from Western Kentucky to Purdue three years ago. Brohm announced in early December he was not bringing Holt back after the Boilermakers failed to reach a bowl game for the first time in three years.