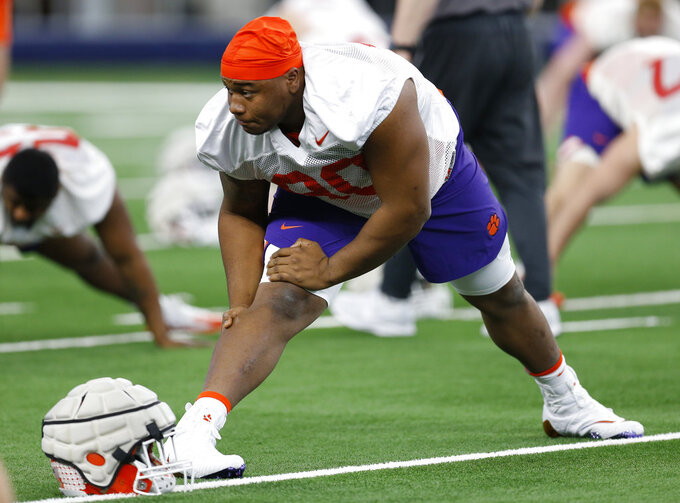 Swinney said Sunday that Lawrence has been a difference-maker in the middle of the line all season and would've been that against the Crimson Tide in the national championship game in Santa Clara.

Lawrence is a 350-pound junior who has started the past three seasons. He's also part of Clemson's short-yardage "Fridge Package" on offense.