Texas Tech goes through lot of changes with new coaches 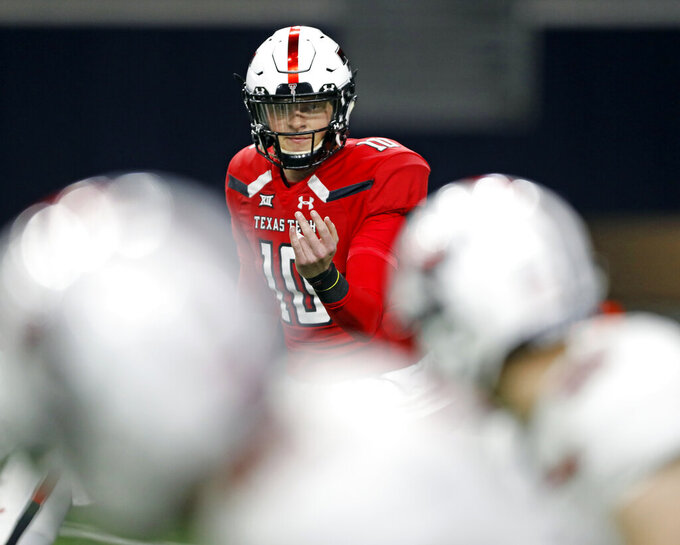 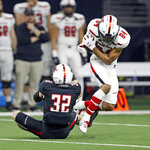 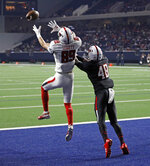 FRISCO, Texas (AP) — Texas Tech players have been through a lot of changes with their new coaching staff.

"Different way to lift, brand new defense, a little bit different offense, new accountability, new things off the field, all that kind of stuff," head coach Matt Wells said. "I commend our players, I do. I respect them because there's a lot changing in their lives. ... the effort to buy in has been good."

The Red Raiders wrapped up spring practice Saturday, about 4 ½ months after Wells became their coach following six seasons at his alma mater, Utah State. Now it will be another 4 ½ months before they play their season opener at home against Montana State.

Fans used to big-scoring, fast-paced offenses have no need to fret when Tech has the ball.

While not always evident in a somewhat controlled two-quarter scrimmage during their annual spring stop at the headquarters of the NFL's Dallas Cowboys, with some key receivers and defensive backs missing, the Red Raiders could go even faster on offense than they did under former coach and quarterback Kliff Kingsbury.

"Nowhere close to where we want the end goal, but I think we made good strides," Wells said. "Asking the offense to learn new language, add the pace and tempo, it's a challenge. ... We just need reps, we need time."

Utah State was second nationally, behind Oklahoma and just ahead of Alabama, scoring more than 47 points a game last season. The Aggies had 497 total yards a game to rank 11th, just ahead of Tech's 485 a game.

While making it clear that "we're a program that's not just about offense," Wells said the Red Raiders want to score a lot and be very aggressive. One significant change will be the use of a tight end, giving a more physical mindset to that side of the ball.

Quarterback Alan Bowman said he had a phone conversation when Wells explained the offense right after being hired last fall.

Bowman said while the Red Raiders now have a lot fewer plays, each play is more intricate.

"A lot more intricate, a lot different components to each play, instead of a lot of plays," Bowman said.

Wells brought his entire offensive staff from Utah State, including coordinator David Yost. The only change since was when receivers coach Jovon Bouknight later left to be on Oregon's staff, but he was replaced by Joel Filani, a former All-Big 12 receiver for the Red Raiders, who had 2,667 yards and 23 touchdowns receiving from 2003-06.

As a true freshman last season, Bowman completed 70% of his passes (227 of 327) for 2,638 yards with 17 touchdowns and seven interceptions while being limited to eight games because of a collapsed lung. He had a 605-yard game with five touchdowns against Houston.

Bowman had a CT scan in January, and said doctors couldn't even see where his lung had collapsed.

Tech wrapped up spring football practice just a week after the Red Raiders basketball team played in the NCAA Final Four, and advanced to the championship game before an overtime loss to Virginia last Monday night.

When asked what kind of team he wants, Wells said players that are tough mentally and physically, and don't get fazed by adversity. He wants guys that are going to dive in to their sport, and embrace everything about it on and off the field.

"It should inspire those guys," Wells said, referencing some of his players in the room.

"It just motivates you even more, because it's kind of like those guys came from the same spot, they're eating the same food we do, they're going to same classes, they're going on the same busses as we do and they're in the national championship," Bowman said. "I'm getting chills right now just talking about it. Those dudes went to the national championship and us seeing that, I think that is huge because it's, 'Why not us?'"